World Wireless market: What can we expect from an upcoming faster 5G?

LinkedIn
LTE is mature and mainstream, pushing for a 2G/3G shut down. With 4th generation mobile, aka LTE, mobile broadband has become a reality in most of the world’s regions.

Q: LTE is mature and mainstream, what can we expect in the short term?

LTE technology is increasingly widespread; subscriber growth is still shooting up in emerging countries. ‘We forecast 6.5 billion LTE subscribers in 2022. By this time, 5G will be very much in full swing. Coverage will have reached 90% in advanced countries and 50% in less developed countries. In relative terms, advanced countries remain the leaders…for some time to come.’, explains Carole Manero, Wireless practice leader at IDATE DigiWorld.

Q: Who are the market’s leading operators and countries today? Have there been any changes since 2017?

According to Carole Manero, the main players are pushing to increase LTE performances and define 5G. In terms of subscribers, the leader, China Mobile ranks number one, and will probably be so forever. Overall, Chinese players dominate the market with over 1 billion LTE SIMs at the end of 2017. Players from emerging countries are also getting into the LTE game.  Players from advanced mobile markets have lost significant ground over the past couple of years: in the USA, the leaders dropped down several spots in the rankings,’ notes Carole? Meanwhile Europe currently does not have a single  MNO in the top 10 in terms of subscribers, and only three countries remain in the rankings: the UK, Russia and Germany. And Europe’s leading market is ranked only seventh..

‘This is because the main growth lever in emerging countries is the “volume effect” i.e. the size of the population in those countries. Plus the technology is spreading as it is now fully mature,’ explains Carole. 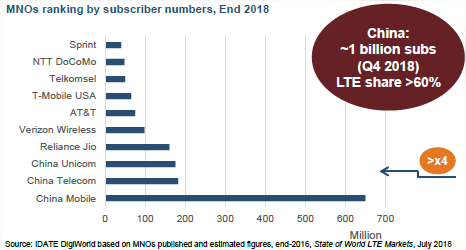 Q: What can we expect with upcoming faster 5G?

The 5G promise will include a significant improvement in ATAWAD performances, including very high data rates, but that’s not all. 5G will be about offering a wide range of new applications and catering to an array of devices, which suggests that business models and access products are likely to evolve and target vertical sectors. 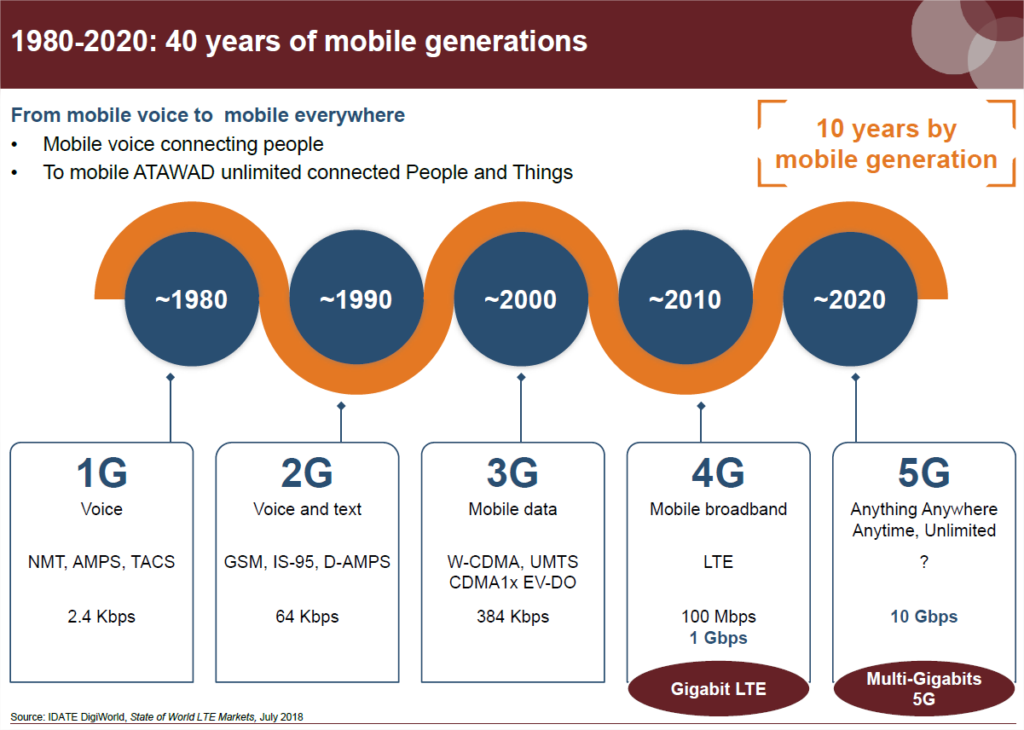 5G will arrive in 2018 at the earliest and be mainstream by 2023, in terms of both technological progress and meeting demanding user needs. In terms of 5G availability, we expect it to be in 2018-2019 in the USA and Asia, and 2020 in Europe at the earliest with a few exceptions.