Telecom Services: mobile services will account for 80% of global growth over the next five years

LinkedIn
The contribution of mobile services to the growth of the global telecommunications services market over the 2016-2021 period is 80.4% (+64.1 billion EUR in 5 years out of a total of +79.7 billion). 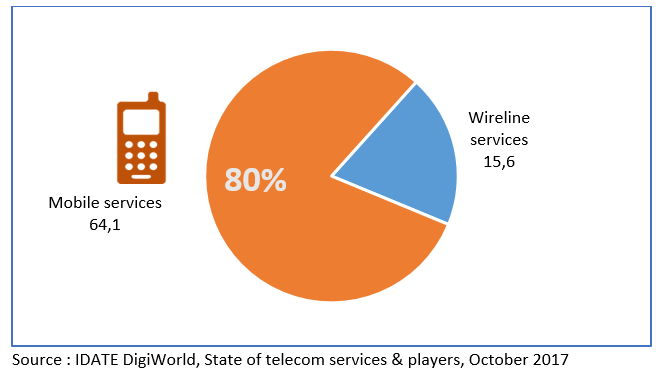 A segment driven by the surge in data traffic. In the wireline segment, internet revenue is being largely offset by the rapid and inexorable decline of the traditional telephone market.

What is driving telecom market growth?

Changements in regional growth dynamics are due to a Growth stalled in North America while Europe is enjoying a slight uptick. Emerging markets are still the main source of global growth, but also slowing down. 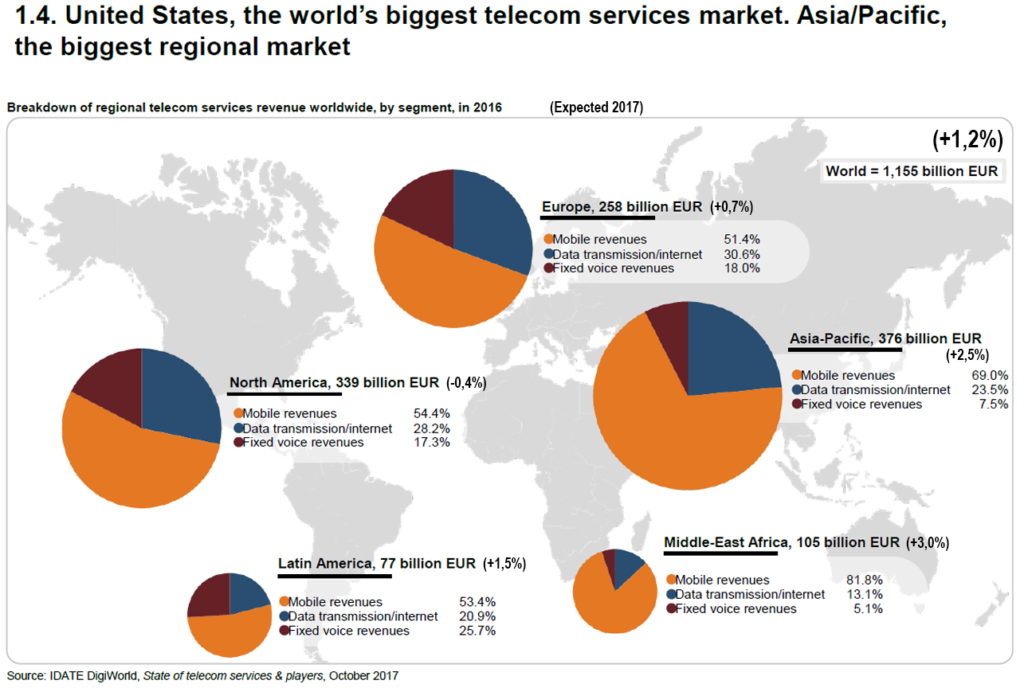 Telecom markets vs. the economy as a whole 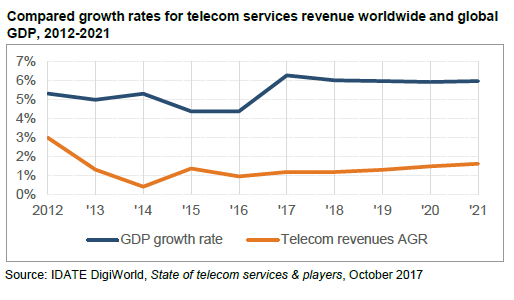 Telecom services economy as a whole outperforming telecom services generating a growth gap that is expected to widen further still in 2017, and remain at between 4 and 5 points in the coming years. We are seeing a trend in both advanced markets due to competitive pressure and emerging ones due to regulation and economies of scale.

Growth for global revenue are moderate with a rise of +1.3% a year on average between 2016 and 2021 against + 1.4% during the past five years. Huge disparities and varying trends from region to region are virtually stable market in North America, European markets moving into the black, and over 3% annual growth in the Africa-Middle East region.

Dynamic stay still a steady growth momentum for mobile adoption with over 8 billion mobile access lines at the end of 2016 and 9.4 billion forecast for 2021. This same growth being driven largely by emerging countries in Asia-Pacific and Africa. We notice a real surge in 4G/LTE lines, which could account for two-thirds of all mobile users in 2021. Broadband access also Threshold of one billion fixed broadband lines world wide reached in 2017 in addition of a more or less rapid transition so superfast access in advanced economies.