LinkedIn
IDATE DigiWorld has released the latest issue of its World FTTx database, which is part of its ongoing service covering the ultra-fast broadband market. It provides key data on this market across the globe, covering more than 70 countries and more than 150 key players, and providing forecasts up to 2021.

FTTH/B has consolidated its position as the leader in the superfast broadband solution, far ahead of FTTx/D3.0, followed by VDSL

FTTH/B represented 68% of FTTx subscriptions regarding June 2017. Growth of FTTH/B subscriptions will continue until 2021, albeit not at the same pace year on year, and will naturally decrease as the markets mature.

FTTx networks has adopted an heterogeneous approach in different regions

No huge change in the geographical predominance of APAC in the FTTH/B market. FTTH/B is also the most widely deployed technology in MENA. This was the case in LATAM as well, but competition from VDSL technologies is growing in the region (especially Brazil).

FTTx/D3.0 is still dominant in North America and is by and large growing more rapidly than other technologies. There is considerable room for VDSL (and other copper based technologies such as G.Fast) to grow in Europe where incumbents are still working to optimise their copper networks. 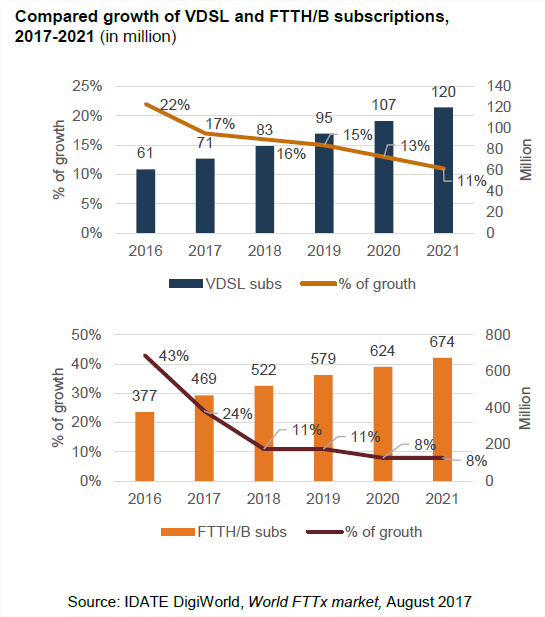 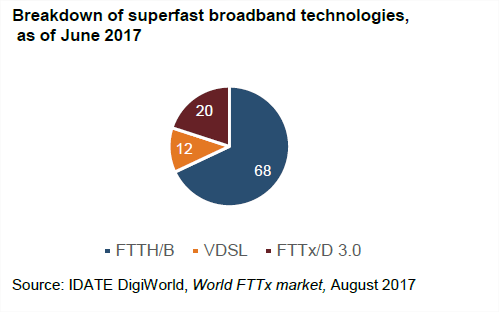 The growth in the total number of FTTH/B subscribers will gradually decrease from 46% in 2016 to 8% in 2021: this is linked to the gradual maturity of the markets.

FTTH/B is now deployed in all major regions in the world, at different levels: FTTH/B represents a great opportunity for countries where broadband is not yet widespread (Latin America, Africa and some countries in south east Asia).

FTTH Operators ranking: 5 Asian and 3 US players in the global Top 10

On the Asia side, China’s three telcos (China Telecom, China Mobile and China Unicom) top the FTTH/B rankings. To be notice the tremendous progression of China Mobile now N°2 worldwide. 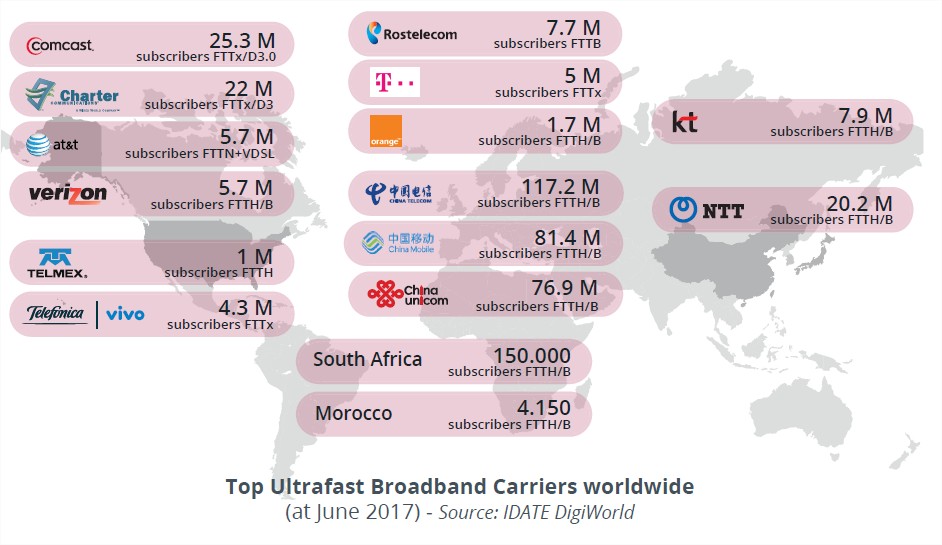