Twitter LinkedIn
IDATE DigiWorld recently published a report on Cities’ spending on their smart city projects and strategies providing a new focus on smart city markets dynamics, complementary from usual markets studies which gives a global picture of investment forecasts on main smart city segments without sorting out what was directly supported by cities.

As cities drive public smart city strategy, our interest was to catch their financing capacity for implementing smart city projects.

Cities’ spending on their smart city strategy and projects represents only a portion of the total smart city market, which is also populated by private sector players and other levels of government (central, federal and intermediate). Municipal spending nevertheless remains central to all smart city initiatives nationwide. 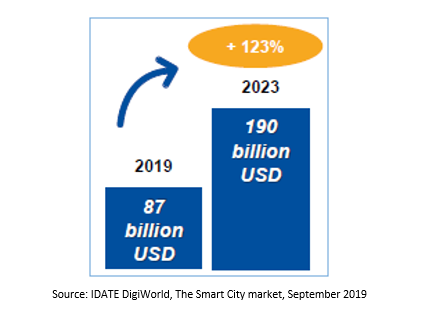 A growing market, both regionally and in the various “smart” areas 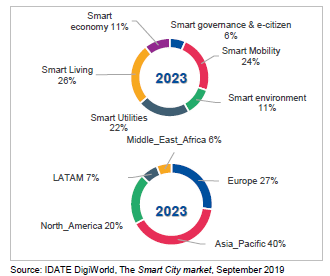 Check out our latest report