Sport, films, series: funding in the age of OTT

The impact of new OTT players on the value chain 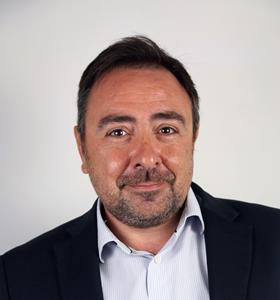 This study examines how the growth of OTT is impacting consumption, production and distribution of premium content, namely sport, films and TV fiction.
It explores the roles that each of these content types will play in the coming years and looks at how their funding will be affected depending on the development scenario of the audiovisual sector.

3. OTT disruption and its impact on premium content
• Time spent watching linear TV and online, worldwide, 2015-2018
• Breakdown of time spent watching linear TV/online, 2018
• Forecasts for proportion of mobile video in mobile data traffic, 2017-2022
• Profile comparison of cinema, TV and SVOD audiences, United Kingdom, 2017
• TV revenues by source, Europe and North America
• Programming budgets for a selection of TV groups
• Evolution of pay video streaming services
• Proportion of major US productions among most watched Netflix shows, 2018
• Comparison of time spent on the TV and the internet (all use cases combined), worldwide, 2018
• Major sports rights held by major OTT players
• Average number of sports watched on linear TV and online, 2017-2018 (among 22 sports)
• Sport as main reason for using social media
• Spending on original content (ex. sports), 2017
• Subsidised fiction production in France in total hours and average cost per hour
• Hours of fiction produced in France by format
• Number of titles produced by year in Italy by number of episodes and production cost per minute
• Time between theatrical release and first domestic release window, United States
• A positive correlation between box office sales and streaming consumption
• Advantages and disadvantages for an independent film producer of choosing a global SVOD platform as distributor
• Proportion of French and US series in the top 100 largest TV audiences in France
• Pros and cons for audiovisual producers of choosing a global SVOD platform as distributor
• National and international TV rights sales of the five major European national football leagues, 2013-2014 and 2019-2020
• ESPN’s monetary commitments for a selection of sports
• Major rights owned by DAZN and its competitors, by region
• Breakdown of TV sports viewers by age, United Kingdom, 2017
• Advantages and disadvantages of OTT distribution for sports rights holders

Sport, films, series: funding in the age of OTT