Every year, the DigiWorld Yearbook is there to provide its readers with a chronicle of the main industry events, to deliver insights on the most important ones, to map out possible futures, and to provide the latest figures on the many markets that will be transformed by digital technology over the coming decade.

“If last year entrenched the 4th Industrial Revolution with the ubiquity of deep tech (Internet of Things, the cloud, artificial intelligence, robotics and more) in every manufacturing and economic sector, the byword for the 2017 edition was ‘inclusion’. For we who are immersed in the DigiWorld, it is our duty to be aware of all those who may be left by the wayside of this digital revolution, and to prevent a digital divide at all costs. This revolution is inexorable and must be a source of hope, growth and job creation. It must be defended and explained.” Says François Barrault, Chairman of IDATE DigiWorld.

Every year we pinpoint what we believe are the most significant trends and events from amongst the constant, tumultuous stream of dispatches from the digital world, on the occasion of the future oriented debate DigiWorld Future.

This year, we had the honor of hosting prestigious speakers who shared their vision of the digital economy future and commented on the scenarios and conclusions presented in the DigiWorld Yearbook.

Speakers from this edition

News & highlights from this edition

First, the overall rate of growth for digital markets as a whole is very stable. Holding steady at around four percent for the past three years. But that’s still one point less than GDP growth. Which explains why so many markets are feeling the pressure.

Regional dynamics have experienced various ups and downs since our last edition, but there is no doubt about the acceleration of growth in emerging countries, whereas the most advanced economies recorded only a slight improvement. 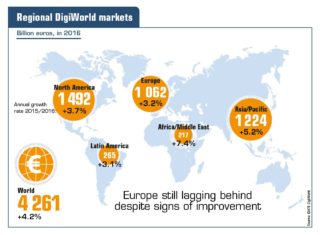 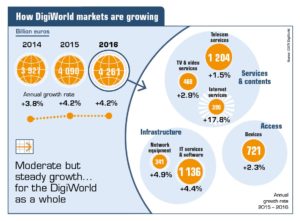 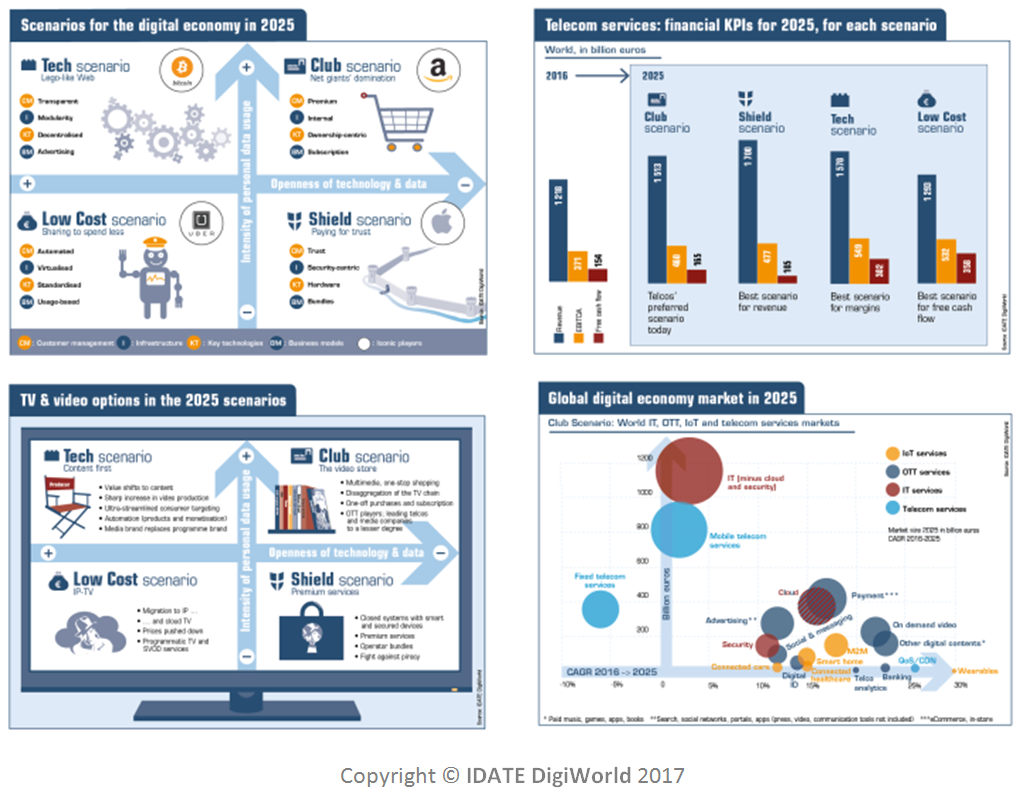 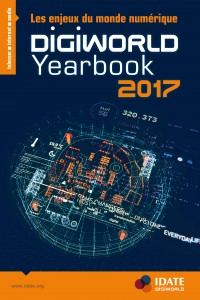 What is the DigiWorld Yearbook?

A round-up of the finest analysis from IDATE DigiWorld experts who track global telecom, internet and media market developments year-round.

The DigiWorld Yearbook is published in English and French, and is available in print and PDF versions.

The 2017 edition is now available!