The 2017 DigiWorld Summit was a hit

Over 1,000 participants for this landmark edition devoted to investing in our digital future

The DigiWorld Summit, under the patronage of the President of France, Mr Emmanuel MACRON, and organised with the support of IDATE DigiWorld Institute members, took place from 14 to 16 November 2017, with special guest Mounir MAHJOUBI, France’s Secretary of State for Digital Affairs, and devoted to the topic of “Investing in our Digital Future”.

Among the highlights of this year’s Summit…

IDATE DigiWorld is celebrating its 40th anniversary this year. From the outset, Europe’s leading digital economy thing tank has been dedicated to deciphering, analysing and keeping pace with the sector’s trends and disruptions.

“Optimism was a real by-word for this 2017 edition of the DigiWorld Summit, which confirmed that digital technology knows no borders and no barriers. The investments will be available to build the Dream DigiWorld of tomorrow!,” says IDATE DigiWorld CEO, Jacques Moulin.

The debates and seminars moderated by high-level industry experts and players provided an opportunity to pinpoint the conditions on which successful investments depend, facilitating integration into the new value chains and the imperative to include all digital economy stakeholders. 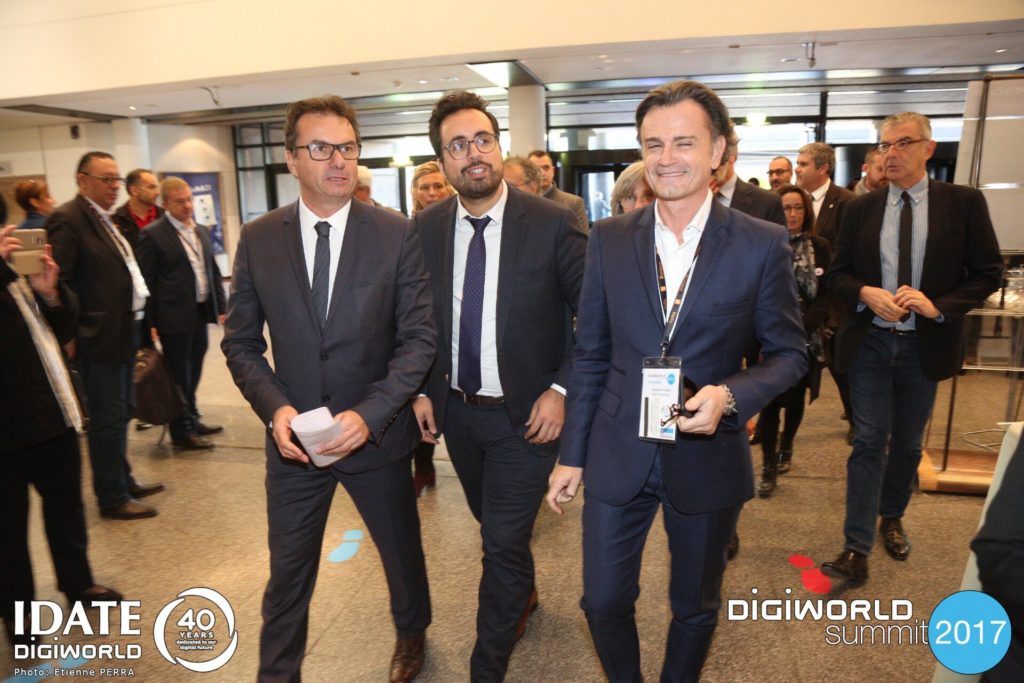 “France’s success is rooted in the wealth of its regions, its innovators, and its local officials who believe in the future,” says Mounir Mahjoubi, France’s Secretary of State for Digital Affairs.

The race to build new gen infrastructure is a major challenge for all of Europe’s digital industry players. “With over 300 billion euros being invested globally in telecoms, the question is which projects to prioritise,” explains Jean-Luc Lemmens, Director of IDATE DigiWorld’s Telecoms Division.

Innovation, which is a central pillar of the digital economy, requires the proactive involvement of every economic stakeholder: manufacturers, power companies, telcos… but also federal and local governments. The digital revolution will provide more opportunities over the next five years that it has over the past fifty. One core challenge will be to deliver a European response to the stronghold erected by Silicon Valley’s GAFA foursome and China’s BATX quartet.

For this third edition, the winners in each category received a trophy at the awards ceremony held at 7 pm on 15 November 2017 (at the Corum in Montpellier). Each prize is backed by the Awards’ sponsors – Ericsson and Orange – which provide the winning start-ups with access to their international innovation support network.

The Occitania Region was the sponsor for the Special Jury prize, as part of its policy to provide ongoing support for a regional digital ecosystem