5G: Almost 2 Billion EUR expected for European 5G investment in the next 5 years

LinkedIn
Deutsche Telekom has indicated that an overall total of between 300 and 500 billion EUR will be invested in deploying 5G in Europe. The 5G PPP is leading 5G research in Europe with 700 million EUR investments to be leveraged by a factor of 5 bringing total investment into the 5G PPP to more than 4 billion EUR. On the equipment vendor side, 1.3 billion EUR could be spent. 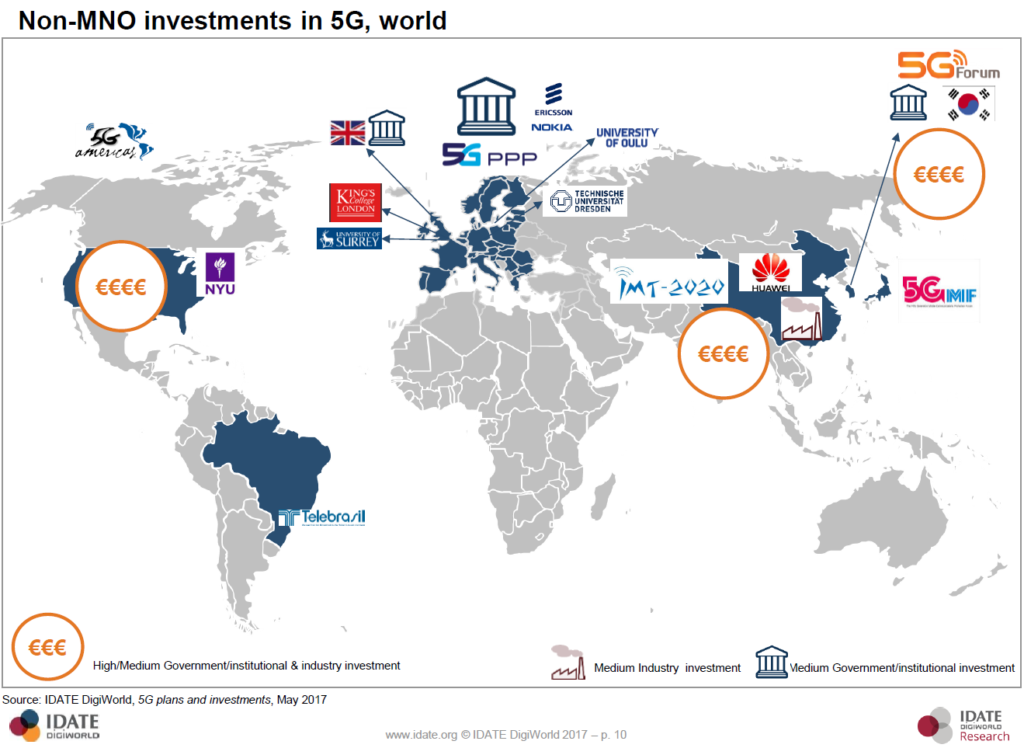 5G standardisation on its way

Even if it has accelerated in recent weeks, the process of 5G standardisation has not yet been completed. However, trials are flourishing worldwide and investments are likely to be massive.

Myriads of 5G tests have been conducted worldwide and the number of trials is growing every day. Communication is pushing expectations and commercial 5G services are widely anticipated. In the absence of 5G specifications as yet, operators need to base 5G trials on their own definitions of what 5G could be. Obviously, they hope their trials will help shape the final 5G standard developed by 3GPP. Most of trials are focused on delivering very high data rates at very low latency. There are numerous examples worldwide in the most advanced mobile markets. Less-advanced mobile markets are also considering 5G, notably Brazil, Indonesia, Middle Eastern countries and Russia.

Today, a consensus has been built in the ecosystem around a deployment of 5G services in three phases:

Operators in every world region are testing 5G. However, the USA and advanced Asian mobile markets are at the forefront.

On the one hand, 5G-based fixed-wireless services are broadly seen as pre-5G services. They will be mostly commercially available in the USA before the end of 2017. There have been very few tests on verticals so far because deploying 5G on verticals is part of the Phase 2 scheduled for 2019 at the earliest. Nonetheless, the buzz surrounding 5G and verticals, notably in the automotive, health and manufacturing sectors, is increasing tangibly.

On the other hand, MNOs are testing 5G in a wide range of frequencies, mostly very high. Of the trials listed, the 28 GHz is the most commonly trialled, but not exclusively: the 15 GHz band is also under serious consideration.

Moreover, high data rates are demonstrated. To date, 70 Gbps is the highest data rate reached by some MNOs using 70 GHz bands. A number of players reached data speeds of 35 Gbps. The objective with 5G is to achieve data rates of 10-20 Gbps and above. Most trials have resulted in latency of close 1 millisecond or less.

Check out the DigiWorld Summit 2016 best-of and register now for 2017!

Register to DigiWorld Summit 2017 - "Fibre to the 5G" experts seminar